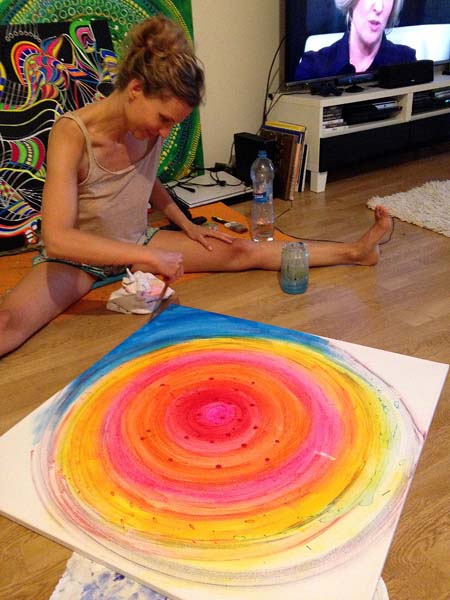 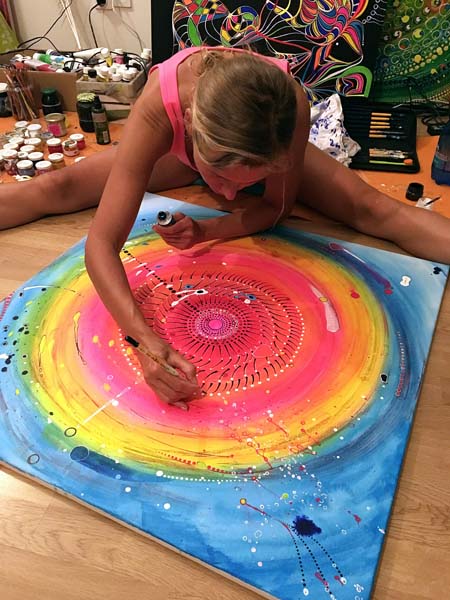 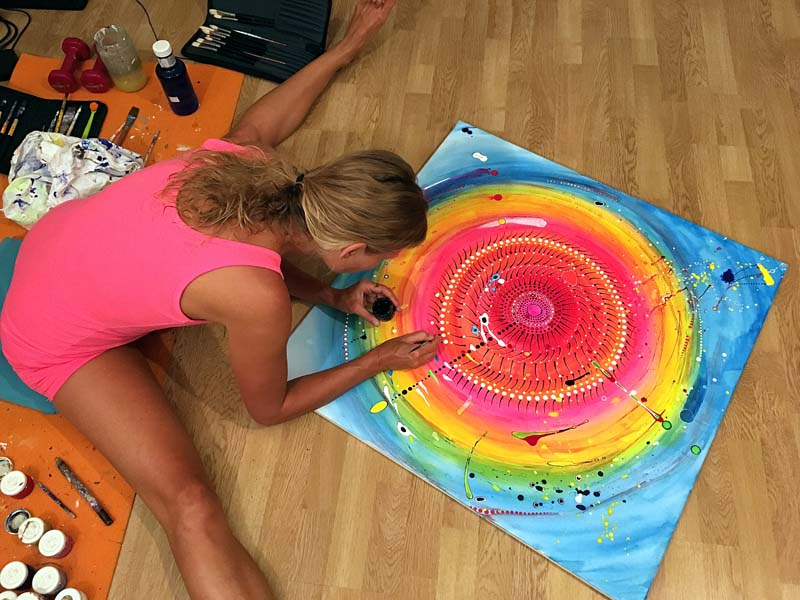 The “Egg” painting began as a tribute to menstruation, but developed into a conception resembling an egg in a womb, wrapped up in a rainbow.
I perceive this metamorphosis from menstruation into an egg as a symbol of my ambivalence. The ambivalence that I sense in the relationship between menstruation and the desire to have a child.
On one hand I loathe menstruation, but on the other I gladly accept it in all of its lushness, perfection, precision and power. I believe, however, that a rainbow egg will arise in the womb shortly ☺.